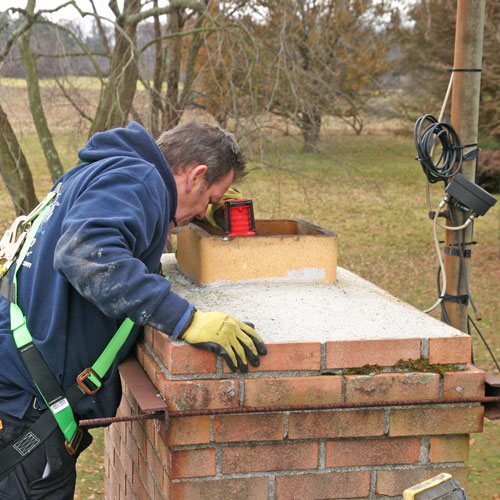 When was the last time you had a professional chimney sweep perform a thorough chimney inspection? If it’s been more than a year, now is the time to have your chimney and fireplace looked at. Here’s why.

Over time, chimneys begin showing signs of damage. When the structure’s bricks and mortar erode, water can get into the system and begin a freeze-thaw cycle. Freezing water expands and further degrades the masonry. If left unattended, this process eventually will cause severe damage and a dangerous environment in which to operate your fireplace. A basic chimney inspection can spot problems early and get them fixed before expensive repair work is needed.

Early signs of chimney damage are not always immediately visible. If not detected and repaired, serious damage to the structure can result, making the chimney unsafe to use.

A trained chimney inspector will be able to determine if there’s a chimney leak, if chimney liner repair is in order or if some degree of masonry repair is called for. Complete Chimneys employs technicians who are certified by the Chimney Safety Institute of America (CSIA) to perform three different levels of chimney inspection.

Another part of the inspection focuses on creosote buildup and other obstructions inside the flue. Creosote forms every time a wood fire is burned and builds up on the inside of the flue. Creosote is highly flammable and is responsible for the majority of chimney fires in America each year. Along with a fire hazard, creosote also can cause smoke-drafting issues by narrowing the flue passage.

Other obstructions such as leaves, twigs, small sections of tree branches, and little animals and their nests often are found during a chimney inspection. These types of obstructions cause smoke and dangerous carbon monoxide to back up into the house. Carbon monoxide is an invisible, odorless toxic gas that is known to be potentially deadly to humans and pets.

Your chimney sweep will use specialized video equipment to examine every section of the inside of your chimney. This will determine if structural damage is present, if water is getting into the system, the creosote level and what types of obstructions may be present.

This inspection process is important because it tells the technician exactly what does and doesn’t need to be done to your chimney. It also will let the tech know the level of urgency surrounding any issues that are turned up. Some chimney problems need to be repaired fairly soon. Others need to be addressed before the fireplace is used again. 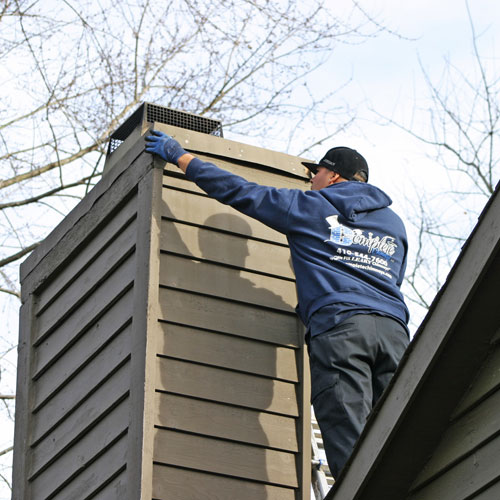 Level 1 chimney inspections are part of regular maintenance when nothing noticeable is wrong with the system, i.e., everything seems to be working properly. Level 1 inspections are typical annual check-ups and usually cover:

Level 2 chimney inspections are scheduled in one or more of the following circumstances:

The purpose of a Level 2 inspection is to take a more extensive look at the entire fireplace/chimney system when it’s reasonably believed damage may exist or, in the case of planned modifications, to ensure that the system can support the changes.

Level 3 chimney inspections are performed when either of the other two types of inspections indicate significant damage or a dangerous operating environment. Flue pipes, bricks, sections of masonry, the chimney crown and other sections may need to be removed to allow the technician to get to areas that can’t be accessed otherwise. Level 3 inspections are rare – and are almost unheard of if you schedule annual Level 1 inspections.