Did you know that there are more than 20,000 chimney fires every year in the United States, and that most of them are caused by creosote igniting inside the chimney?  This is the main reason that the Chimney Safety Institute of America (CSIA) and most other fire-safety organizations recommend annual chimney sweep services for chimneys with wood-burning fireplaces.

Creosote builds up with every fire, and there’s no way to know how much is inside your chimney without a professional chimney inspection. 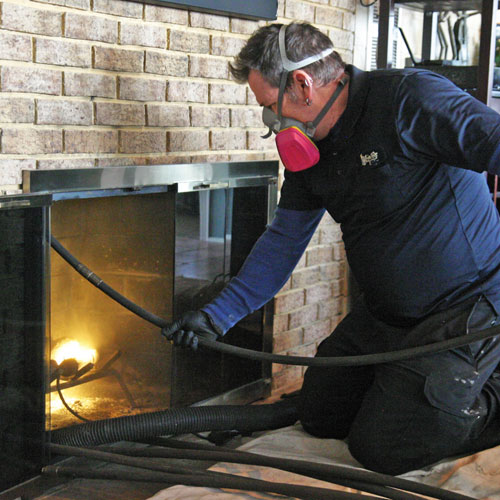 The vent systems of all home-heating appliances that burn wood or pellets need annual cleaning.  This includes fireplaces, fireplace inserts and free-standing stoves.  Our technicians are CSIA-certified to perform expert inspection and chimney cleaning for any home-heating unit.

Another reason for having your chimney cleaned regularly is to remove any debris that may have gotten in there and is causing drafting problems.

Let’s look at both of these problems and see how to resolve them.

When smoke cools in a cool chimney flue, it condenses into a thick, tar-like substance known as creosote.  You can imagine how, fire after fire, year after year, creosote becomes quite thick in a chimney flue.  Homeowners who neglect having their chimneys cleaned regularly are at the greatest risk for a chimney fire.

A chimney fire isn’t necessarily a fully blazing event.  Many chimney fires start and then extinguish on their own.  This is a problem, because even though you may not be aware of the fire, it’s going to do some damage to the interior of the chimney or the chimney liner.

With enough of these little fires, the structure of your chimney will become seriously compromised.  This damage can be very expensive to fix, and before repairs are done, it can be dangerous to live around.

Of course, a full-blown chimney fire is something we don’t even want to think about – and won’t have to, as long as the chimney is professionally cleaned and inspected once a year.

If you operate your chimney without a sturdy chimney cap or with one whose wire mesh is torn apart, you’re inviting all manner of obstructions into your flue.

Small animals like birds, squirrels, chipmunks, snakes, mice and the like enjoy hanging out inside chimneys.  Often, they enjoy it so much they build nests and have babies in there.  Some critters get down into a chimney and can’t get out and end up dying. 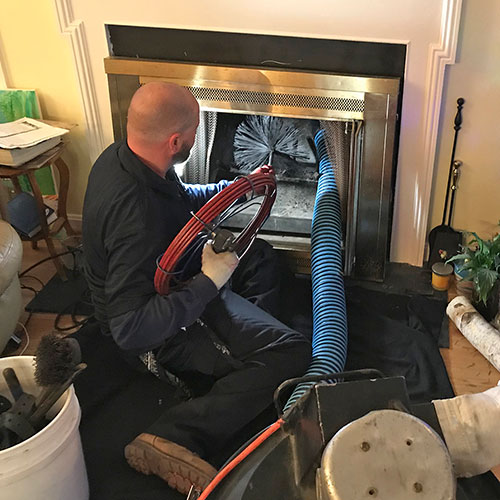 In addition, blowing debris such as leaves, twigs, small tree branches and dust all can make their way into the opening of a chimney.  Once inside, they’ll mix with whatever else is there, creating a potentially serious smoke-drafting issue.

When smoke can’t freely escape the chimney, it will back up into the house.  Smoke is a problem, but worse is the carbon monoxide within the smoke.  Carbon monoxide is invisible and odorless, but it is known to be poisonous to humans and animals.

Annual chimney cleaning should include a thorough chimney inspection.  It is during the inspection that we spot early signs of damage to the chimney masonry, the chimney liner and components such as the chimney crown, chimney cap and flashing.  No matter what the problem is or the extent of it, our techs have the training and expertise to initiate chimney repair or chimney rebuild services and solve the issue quickly.

Is it time to have your chimney professionally cleaned and inspected?  Count on Complete Chimneys of Pasadena, MD, to do the job right the first time.  We serve customers throughout the entire Baltimore, MD, and Washington, DC, areas.