Why Shouldn't I Burn Anything Beside Wood In My Wood Stove?

Things You Should Never Burn in Your Fireplace or Woodstove 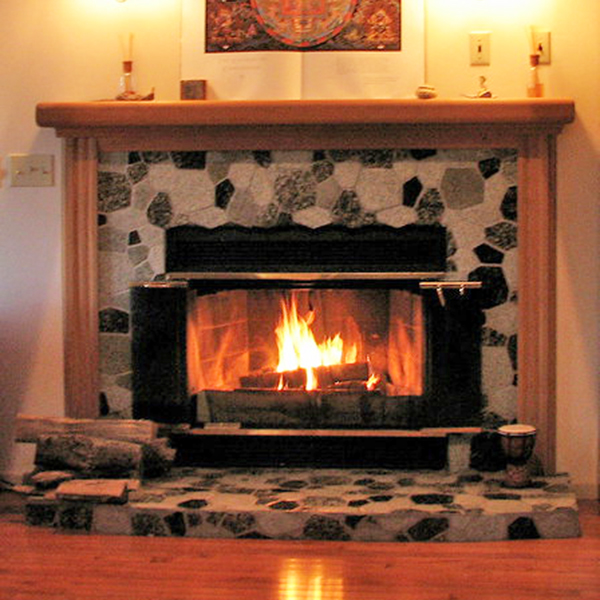 You would never put something besides the right kind of gasoline in your vehicle’s fuel tank, right? In a similar way, there are things that should never be used as fuel for fires in your woodstove or fireplace. Check out the following things that may be tempting to burn but that you should never burn in your hearth appliance.

Green wood is also known as “unseasoned” wood, and burning green wood is a real no-no. The energy from a fire that burns unseasoned logs is used up on the moisture inside the wood. The fires are excessively smoky, and that’s not the worst of it. Burning unseasoned wood results in a lot more than the usual amount of creosote being deposited in the flue lining. The additional creosote increases the risk of a hazardous fire inside the chimney liner.

You can find a lot of information on the Internet, but it’s not always consistent. One such tidbit is that dryer lint can release toxic chemicals into the air. Some sources recommend using dryer lint as tinder, to help get fires started. Several sources that focus on environmental consciousness agree, however, that lint is toxic and shouldn’t be burned.

A manufactured product, cardboard contains inks, glues, and other chemicals. Never burn cardboard because the gases released are like those used for “huffing.” Respiratory and brain damage can occur from inhaling such chemicals. 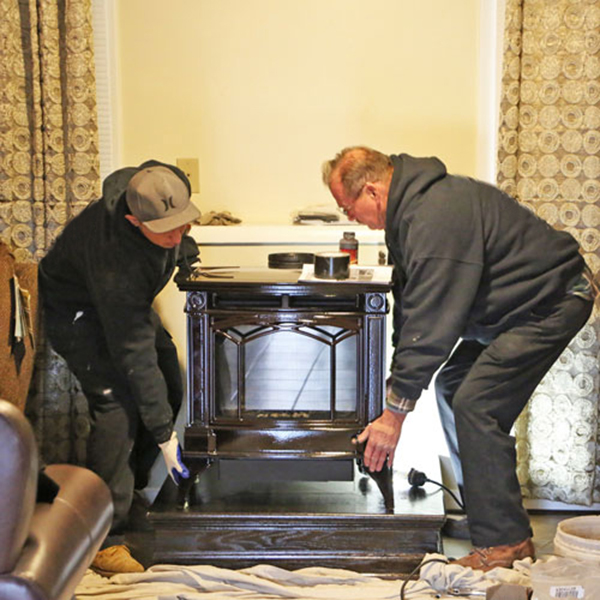 Plywood and other types of treated lumber may seem harmless but they don’t belong in fireplaces or woodstoves. Manufactured wood is infused with such hazardous chemicals as arsenic and chromium. If the toxins were released into a home, humans and animals both could suffer serious side effects.

Wrapping paper, colorful magazine pages, pizza boxes, and other colored print on cardboard should not be burned in a fireplace. Burning colored paper releases carcinogens and other toxic fumes when burned.

You may have seen family members dousing lighter fluid or kerosene on campfires or in barbeque pits. The practice is very dangerous. Accelerants can cause fires to burn at high temperatures that can damage a fireplace. Accelerants could easily cause an uncontrollable fire in the home, as well.

After the holiday season is past, you may be tempted to burn your dried-out Christmas tree in your fireplace or woodstove. But don’t do it! Christmas trees contain sap and resins that pop and can easily cause a hazardous chimney fire. Burning Christmas trees can also cause excess flammable deposits to be left behind in your chimney liner.

Dried-out driftwood may seem harmless enough, but it’s not the right kind of fuel for your fireplace or woodstove. Driftwood contains salt that can be released when burned and cause corrosion of fireplace and chimney components.

What is Okay to Burn in a Fireplace?

If you need a chimney inspection, chimney cleaning, a new efficient fireplace, or any type of chimney maintenance, contact Complete Chimneys located in Pasadena MD and serving greater Baltimore MD. We are proud to be the most qualified providers of chimney, duct, and masonry services in our service area. Call Complete Chimneys today at (410) 544-7600.