When Should You Replace Your Prefab Fireplace?

When Should You Replace Your Prefab Fireplace? 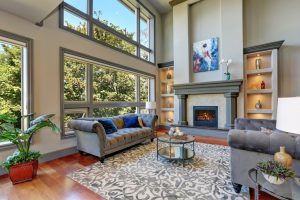 How often do prefab fireplaces need to be replaced? That depends on the condition they are in and how well they have been maintained. However, replacing your prefabricated fireplace is simple when you work with the crew at Complete Chimneys for a prefab fireplace change in Baltimore. A well-maintained prefab fireplace should last up to 30 years, but, unlike brick fireplaces, they don’t last for generations.

As the majority of homeowners want fireplaces in their homes, prefabricated fireplaces are growing in popularity because they are a cost-effective heating option for both new and existing homes. Think of your prefab fireplace as just another appliance that may have a lifespan like other major appliances such as refrigerators or stoves. Depending on how much your prefabricated fireplace system is used the more quickly it will deteriorate. For example, if you use your fireplace every day in the long winter months, it will need replacing much sooner than one that is only used several times a year.