A Problem With Your Smoke Chamber Can Cause Chimney Damage

Is There a Problem in My Fireplace Smoke Chamber?

The smoke chamber is a narrow passageway situated just above the throat damper at the bottom of the flue. Its cone-shaped design helps push the smoke and gases from the fire in the firebox up the flue to exit the chimney. The smoke shelf sits inside this chamber that aids in preventing the smoke and exhaust from backing into the living space. Improper construction, insufficient maintenance, and masonry damage can cause problems with the smoke chamber that can affect the chimney and fireplace. 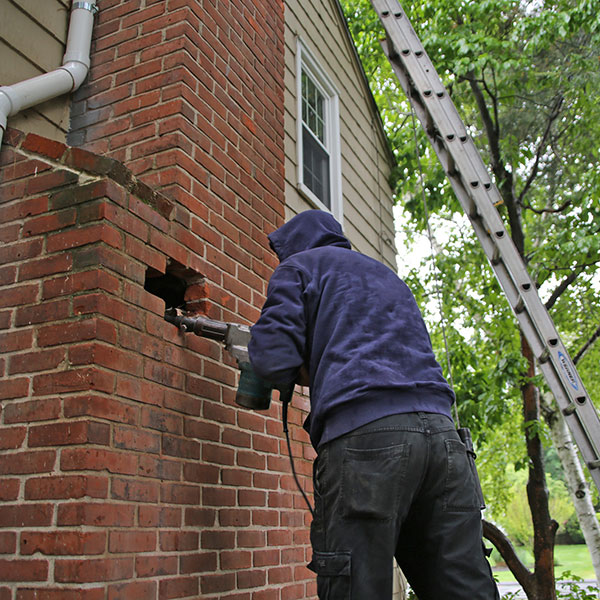 The smoke chamber plays an integral role in chimney performance. Annual chimney inspections and periodic cleaning can help prevent some of the common problems in the smoke chamber.

Corbeled Bricks: Unlike modern building codes that require a smooth masonry surface with a 45-degree incline, most older chimneys contain a smoke chamber built with corbeled bricks. The bricks are laid in an alternating step pattern like a flight of stairs with the step’s width gradually decreasing on the incline. The problem with this older design method is that creosote gets trapped in the masonry edges and gaps. When creosote is not immediately removed, it becomes highly flammable and increases the risk of fire and carbon monoxide poisoning.

Fire damage: Hot embers flying out of the firebox can ignite creosote build-up in the smoke chamber resulting in a chimney fire. A homeowner may not even be aware that one or more chimney fires have occurred until a chimney inspection reveals fire-related damage. The intense heat of a fire combined with moisture and corrosive combustion gases can damage the smoke chamber and smoke shelf. The gaps and voids in the mortar joints can allow water to accelerate its deterioration further. It can also allow carbon monoxide to leak into the living area.

Drafting: A drafting issue is another sign of a potential smoke chamber problem. Excessive creosote, gaps in the mortar joints, and other smoke chamber debris can cause chimney drafting issues. The chimney needs to draw an adequate amount of outside oxygen to maintain a safe fire while venting t

he exhaust up the flue. Insufficient draft can make it challenging to start or maintain a fire. An overdraft can cause smoke, soot, and creosote to be pushed through the firebox and into the living space. Drafting problems is a health and safety risk that should be addressed as soon as possible to prevent further chimney problems. 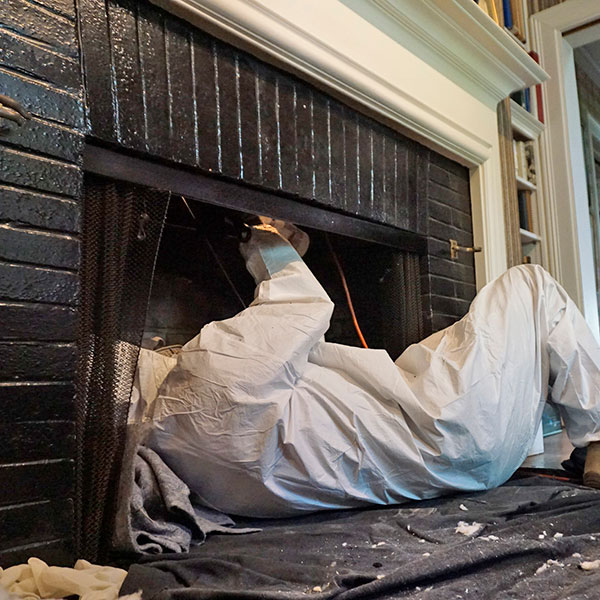 When cracks, gaps, and other voids develop in a corbeled smoke chamber, it needs to be repaired in a process called parging.

Parging is the process of smoothing the corbeled brick surface to eliminate any gaps in the masonry creating an airtight smoke chamber. The type of restoration process depends on the extent of the damage. If the damage is relatively minor, the chimney mason will fill in the masonry gaps with new mortar material. When the damage is more extensive, the smoke chamber may need to be rebuilt with a smooth masonry surface.