The Damage That Ice Dams Can Cause Your Chimney

Why Ice Dams are Dangerous for Your Chimney

Chimneys are subject to being seriously damaged during harsh winter conditions, and ice dams are among the causes. Evidence of an ice dam typically comes in the form of icicles hanging from your eaves. When you see icicles, it is important to have your roof and chimney inspected to look for signs of ice dams, which are evidence of potentially costly roof and/or chimney damage. Call your trusted chimney sweeps because it is highly dangerous to climb on a roof anytime but especially when there is evidence of ice. Read on to learn more about ice dams. 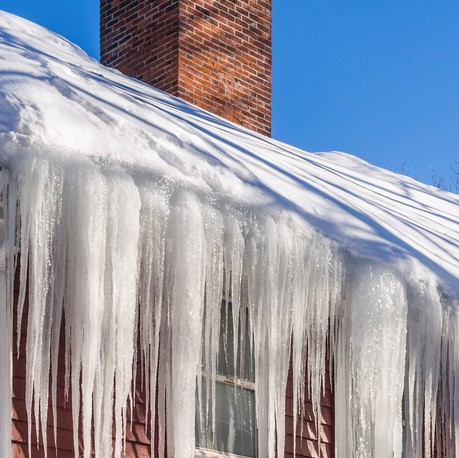 What is an Ice Dam?

An ice dam occurs when snow melts against a chimney or rooftop and then refreezes. Whether the melted snow is lodged between the chimney flashing and the chimney or underneath shingles on the roof, it will expand when it refreezes. This pushes the flashing away from the chimney, rendering it ineffective in its job of sustaining a waterproof seal between the roof and chimney. A similar effect occurs on the roof. It is destructive to the roof and chimney when melted snow refreezes underneath shingles.

Why Do Ice Dams Form Around Chimneys?

Various circumstances can result in ice dams around your chimney, and that is because chimneys are, in general, vulnerable to moisture. The number one reason, however, for ice dams around a chimney is that warm air from inside the home and fireplace causes warming of the masonry. When the snow around the chimney melts, it typically affects the metal flashing because it is difficult to install chimney flashing with a perfect seal against the masonry. 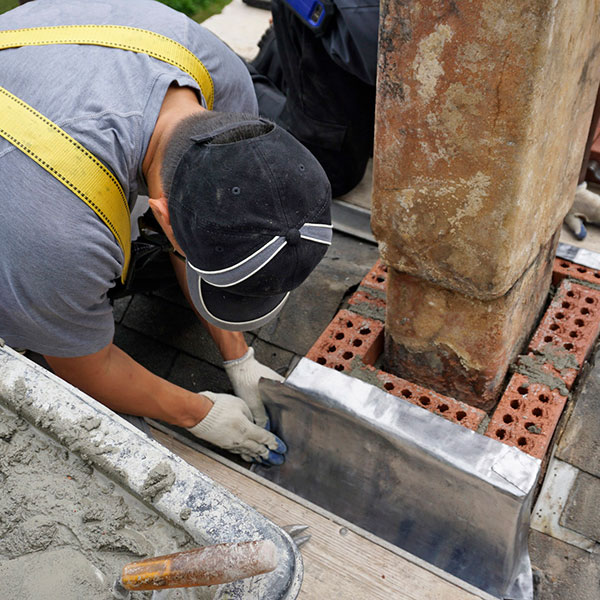 The flashing isn’t the only thing damaged by ice dams. The masonry itself is on a path to destruction once it has been infiltrated by moisture. The same movement that makes ice dams destructive is what occurs inside masonry, causing it to deteriorate beyond repair.

Experience also suggests that if a chimney is not situated at a high point on the roof or if it is on the concave corner of a roof, ice dams are prone to form.

The Cause and Prevention of Ice Dams

If there is insufficient insulation in the attic area, heat from the home can cause snow to melt on the roof and against the chimney. Because the areas that are vulnerable are those in which insulation is not doing a good job, ice dams could occur anywhere on a roof. The refrozen snow also tends to damage gutters, causing them to break off and fall.

Chimney sweeps at Complete Chimney are certified by the Chimney Safety Institute of America. Customers in and around Pasadena MD rely on Complete Chimneys for the best in chimney services. Call us today if you suspect that ice dams are on your roof or around your chimney and if you have not scheduled a chimney inspection in over a year. We can be reached at 410-544-7600 or toll-free at 800-300-1537.