Is It Better To Use A Cleaning Log Or Get A Professional Chimney Sweep? 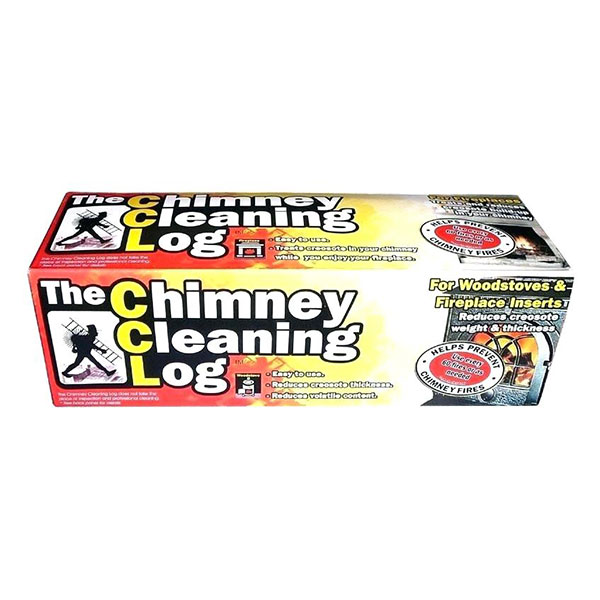 Cleaning your chimney is something that should never be ignored. In excessive quantities, creosote can become a flammable substance increasing the chance of a fire. Creosote logs, also known as creosote sweeping logs, or CSL’s for short, present an easy way for homeowners to clean their chimneys while enjoying the warmth of the flames. But are they effective? And can they replace a professional chimney sweep?

How Do Creosote Logs Work?

Creosote is a byproduct of combustion. It is most prevalent in wood-burning fireplaces and stoves. The creosote continues to accumulate, layer upon layer, along the interior walls of the chimney. And the more frequent use of your fireplace, the more creosote accumulates in the flue. Most residential structure fires are a result of excessive creosote in the chimney. It is why periodic chimney cleaning is vitally important.

Sometimes, cleaning the chimney is easier said than done. Creosote often starts as a light, soft, and flaky material that is easily removed with a brush. But with time, this substance turns into a thick, oily, and tar-like material that is much more difficult to remove without the assistance of professional chemicals.

Burning a CSL releases chemical additives into the flue that adheres to the creosote deposits clinging to the walls and other components, as the fumes exit the stack.

The chemicals react to the creosote turning them into a flaky residue that is much easier for you or your chimney sweep to remove. You may notice that some of the dry creosote will fall like snow into the firebox where they can be swept away.

The effectiveness of chimney cleaning logs depends on the amount and type of creosote in the chimney. There are three stages of creosote formation.

The first stage of creosote is light and puffy with a high soot content. It is easily removed with a chimney brush. A CSL is not effective in this stage.

In the second stage, creosote is getting quite sticky but is still flaky. It’s a little more challenging to remove but can be cleaned with a chimney brush and a little “elbow grease.” CSLs are not very useful at this stage either.

The third stage is when the creosote hardens into a thick, tarry glaze. It is highly flammable in this stage with a high risk of a chimney fire. The creosote cannot be removed with an ordinary chimney brush. It requires professional chemicals for the removal and is where a creosote sweeping log can be most helpful. 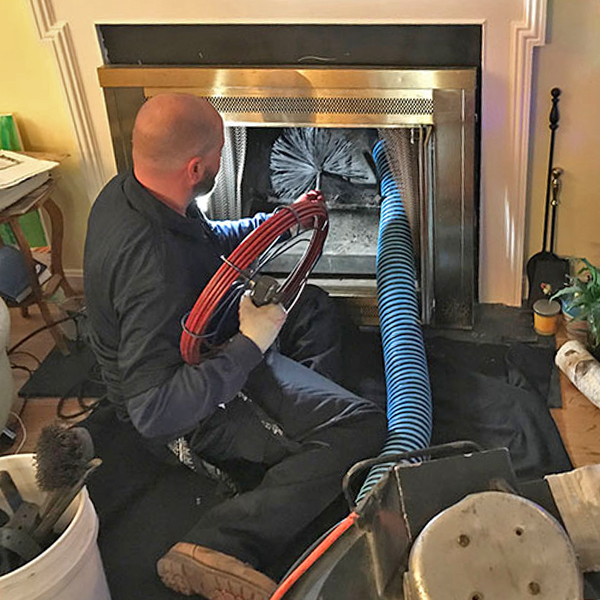 When using creosote logs, be sure to follow the manufacturer’s instructions. Also, creosote logs are for use in wood-burning fireplaces and stoves only. They cannot be used in gas or pellet heating appliances. Creosote logs contain toxic chemicals. Make sure to use then in a well-vented fireplace. You will need to inspect the chimney to make sure it is clear of obstructions to prevent carbon-monoxide and other fumes from backing up into your living space. Also, the damper must remain open when using creosote logs. Fireplace doors should also be open for venting.

Chimney Cleaning Logs are not a Substitute for a Chimney Sweep

While chimney cleaning logs can help reduce creosote in between cleanings, they are not a substitute for a professional chimney sweep, according to the Chimney Safety Institute of America (CSIA). It is important to note that chimney cleaning logs can reduce creosote, but they don’t eliminate it or prevent its re-occurrence. Both the CSIA and CSL manufacturers recommend annual chimney inspections and cleanings.