What Kind of Cold Weather Chimney Problems Could I Be Facing?

The Effects of Cold Weather on Your Chimney

Chimneys may appear sturdy and self-sufficient on snow-packed days, but they are vulnerable to the effects of cold weather. Snow and harsh temperatures can wreak all kinds of havoc on chimney exteriors. Such weather can also affect the chimney draft and the ability to enjoy crackling winter fires. Below, learn some of the effects of cold weather on your chimney, inside and out. 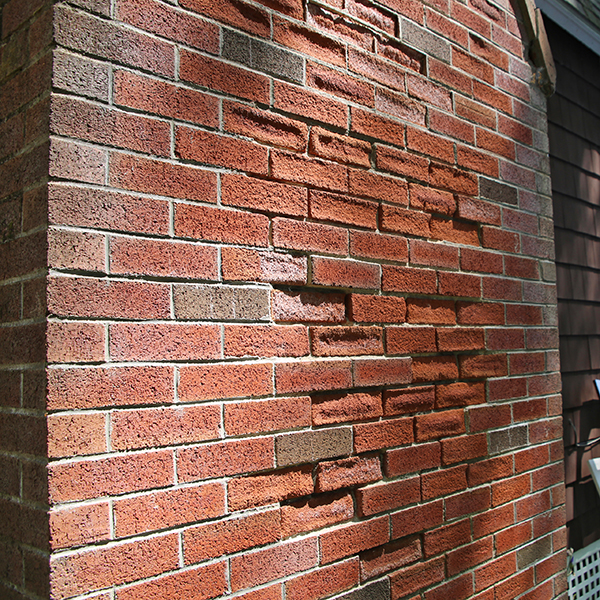 Cold weather can have a part in literally destroying chimney masonry. If moisture has entered the chimney system, the freezing and thawing cycles of winter create an unstoppable process of breaking down the masonry. What happens is that the expansion and contraction of the water create destructive movement in the chimney. At some point, you will see evidence of spalling, which means the brick face is breaking, flaking, and chipping off. Piles of debris around the chimney or on the ground below are evidence of spalling.

Keeping water out of chimneys is an ongoing battle. The way a chimney is built, every component contributes in some way to protecting the masonry from moisture damage. Those components are all vulnerable to damage, however. For instance, mortar only lasts about 25 years at most, while masonry is known to last well over 100 years. Mortar eventually breaks down, sometimes due to the effects of cold weather. If the mortar is not replaced, moisture will get into the chimney system, initiating the process that only gets worse in freezing temperatures.

One effect of chimney leaks is masonry destruction. The moisture can get into the home, creating water spots on walls and ceilings. Various components of the chimney and fireplace system can rust. Even the roof can be destroyed by a chimney leak, particularly if it involves a failure of the chimney flashing. 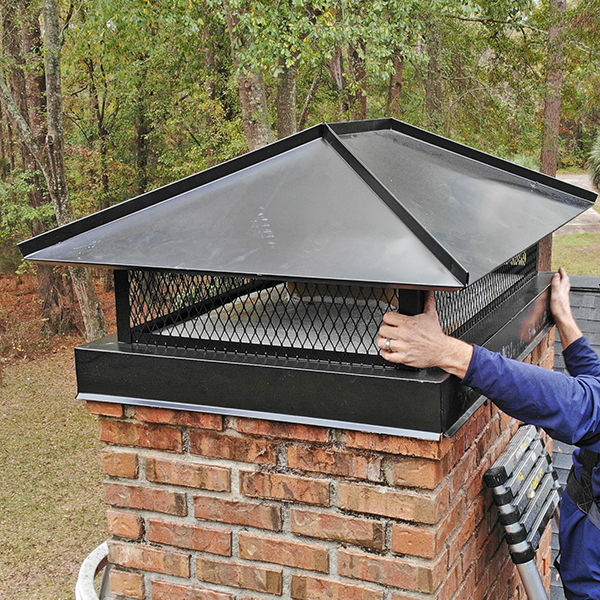 Chimney caps are chimney accessories that should be recognized as vital components in the battle against moisture. Prevent rain and snow from going into your chimney by having a chimney cap installed. It’s best to go with an outside-mount custom chimney cap because this type covers and protects the flue and the chimney crown. A chimney crown is the cement-like part of a chimney at the very top. Its function is to keep moisture from leaking between the chimney flue and the chimney exterior, but chimney crowns are highly prone to crack and deteriorate. This is just one more of the effects of cold weather on chimneys.

Cold weather affects your chimney indoors as well as outdoors. The air pressure of the home can be imbalanced when it gets especially cold outside. A common occurrence is for the chimney flue to become filled with a cold column of air. It can be impossible to get a fire started with cold air occupying and obstructing the chimney flue. The cold air needs to be dispersed, and this is usually achieved by lighting a newspaper torch and holding it up through an open damper. The cold column of air is dispelled with the heat, though it may take two to three tries to restore a proper chimney draft.

Chimney maintenance is serious business because it helps to ensure the safety of your home and family. For chimney cleaning, chimney inspections, and everything needed to protect your chimney from the effects of cold weather, contact the CSIA-certified chimney professionals at Complete Chimneys. Call 410-544-7600 or toll-free at 800-300-1537. You can also visit our showroom to choose an efficient fireplace, fireplace insert, or heating stove for your home. Our showroom is located at 8174 Ritchie Highway in Pasadena MD.