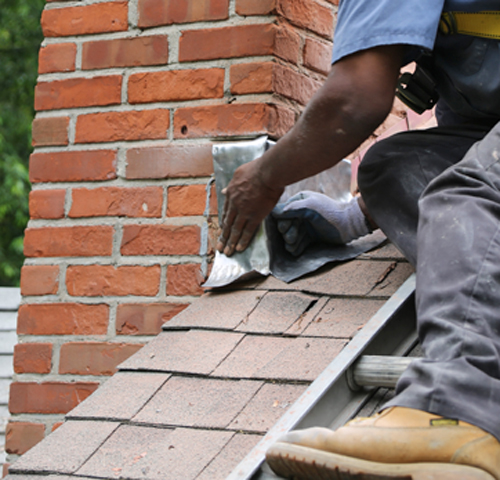 A leaky chimney can be caused by a variety of problems within the chimney system. Uncovering those problems and performing quick, expert repairs is what we do best. The idea is to act on the earliest signs of damage before more significant damage occurs, which it will if the problem is neglected.

Signs You Have a Leaky Chimney In Annapolis

The symptoms of a leaky chimney are fairly obvious. The four most common are:

But it’s not just the fact that water is getting into the flue or the bricks and mortar – the big concern is what water will eventually do to the chimney structure and its components.

Water causes corrosion, deterioration and rusting. Water can rust out and destroy fireplace dampers, chimney flashing and chimney caps. Water also can eat away at mortar joints and bricks, causing cracks that will let in even more water. Once damage has begun, only professional repair can stop it – it won’t just go away on its own.

Chimney chase tops, chimney caps, chimney flashing and chimney crowns are designed to keep water from rain and melting snow from infiltrating the flue, the chimney’s masonry or the house itself. When these components are worn and damaged, your protection against incoming water and moisture is compromised.

A very serious concern is the damage water can do to the chimney liner and the interior of the flue. These are areas the average homeowner isn’t able to get a clear view of. Water damage can erode the internal chimney structure and components and cause significant damage before anybody realizes what’s happening. The result can be a chimney that eventually collapses, or worse – a dangerous house fire caused by a damaged liner and masonry. 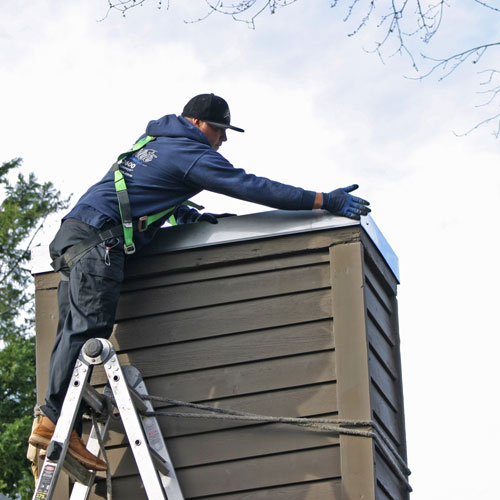 Complete Chimneys performs all levels of chimney leak repair throughout the Annapolis, MD, region. When damage is uncovered early, our CSIA-certified technicians often can use a waterproof spray sealant to keep water out of small cracks in the bricks and mortar. This process will add life to your chimney and ensure safe operation.

If bricks are falling away and mortar is crumbling, a process known as tuckpointing can be used to refill open areas and restore structural integrity to the chimney.

Complete Chimneys of Pasadena, MD, is here to safeguard your chimney and keep it performing the way it was intended to. If you’re experiencing a leaky chimney in your Annapolis home – or wherever you live throughout Anne Arundel County, MD, or Southern Queen Anne’s County, MD, – we’re ready to solve the problem. Call us at (410) 729-6033 with questions or to schedule an appointment.