Advantages of Energy Top Sealing Dampers - Save On Utility Costs

The Advantages of Energy Saving Dampers – Save On Utility Costs

Your fireplace damper is a very important component in your fireplace/chimney system.  When closed, it works to keep outside air from getting into the house while preventing inside air from escaping to the outside.  When open, it allows a proper amount of air to run through the system and draft the smoke.

A traditional throat damper is a smart and handy device, but there’s something better.  It’s called a top sealing damper. 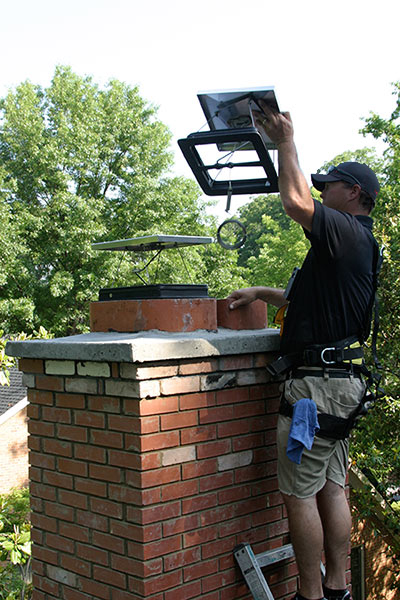 Top sealing dampers are fitted over the top opening of the chimney.  They act like a solid lid when closed and allow plenty of drafting air to circulate when open.  These devices have three main advantages over traditional throat dampers, which are located just above the firebox.

Throat dampers are designed to create of a seal, but they can never seal as tightly and securely as top sealing dampers.  The intense heat of fires causes a throat damper’s metal to begin to warp, and when this happens, there goes the seal.

The greater the gap in the seal, the greater the problem you can expect with air exchange when the throat damper is shut: winter air gets in the house as warm air is lost; hot summer air flows in as cool, air-conditioned air flows out.  None of this will happen with a secure top sealing damper.  For this reason, you’ll spend less to heat and cool your home.

A top sealing damper completely blocks out cold air.  But if all you have is a damper at the bottom of the flue, cold air will naturally fill the chimney, making it as cold inside there as the rest of the outside air.  Very low air temperatures in the flue cause drafting problems as hot smoke and exhaust from the fire struggle to rise up through cold, dense air. This can result in smoke backing up into the home.

Any time there’s smoke, there’s carbon monoxide (CO), an odorless, invisible toxin that can be fatal to humans in sufficient amounts.  Avoid smoke and CO back-up with a top sealing damper. 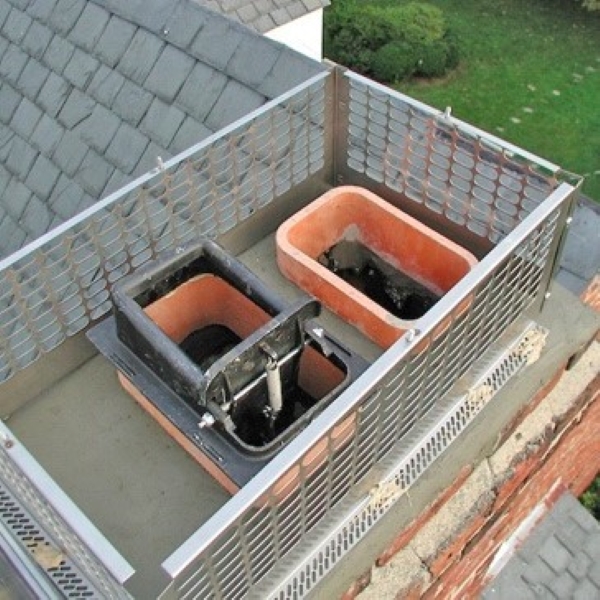 When a top sealing damper is closed tight, nothing can get into the chimney.  Leaves, twigs, squirrel and bird nests, and the little animals themselves who die inside the flue all create potentially dangerous obstructions.  These unwanted items hamper the drafting of smoke by gradually narrowing the air passage in the flue.

Additionally, if you’ve got a bunch of extra “tinder” in the flue, a chimney fire can expand and spread much faster.  Chimney fires typically start when creosote inside the flue ignites.  The last thing you want to do is add more fuel to the fire.  With a top sealing damper, you never have to worry about this.

Complete Chimneys of Pasadena, MD, installs new top sealing dampers for our customers throughout the greater Baltimore, MD/Washington, DC, area.  Get all the advantages of a top sealing damper by calling us today at (410) 544-7600.