What Are The Three Most Common Chimney Problems?

There’s nothing more elegant than a roaring fire on a cold winter evening to warm your home. But while you enjoy the warmth, your chimney can experience issues that can pose a safety hazard to you and your family. It can also negatively impact its heating efficiency. Regular ensures safe fireplace operation and maximum efficiency. 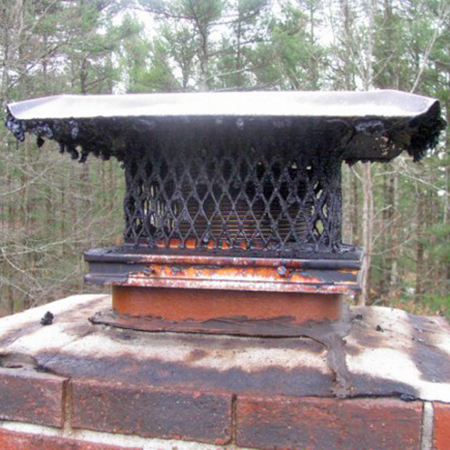 Excessive creosote is not only the most common chimney problem, but it is also the most hazardous. And it is the number one cause of residential structure fires. Creosote is a natural byproduct of combustion. It is produced in both wood-burning and gas heating appliances. While most creosote is ventilated through the flue, some of this thick, tarry substance sticks to the wall ls inside the chimney. Each time the fire is lit, it forms another layer of creosote. A small amount of creosote is not dangerous, but excessive levels are highly flammable. The high temperature or a spark from a hot ember is enough to start a chimney fire that can quickly spread through an entire home. More than 1/8” of creosote is considered hazardous and should be removed, according to the Chimney Safety Institute of America (CSIA).

A flue obstruction is a common problem. Although it is more common in an uncapped chimney, it can occur in any chimney. A flue obstruction occurs when foreign objects such as twigs, small animals, or rodents are blocking the flue. Also, creosote and soot adhering to the mesh screen of a chimney cap can cause an obstruction. Since obstructions can partially or fully block the ventilation of smoke and fumes, it can be a severe issue. It can cause contaminants to back-up into the living space resulting in carbon monoxide poisoning. 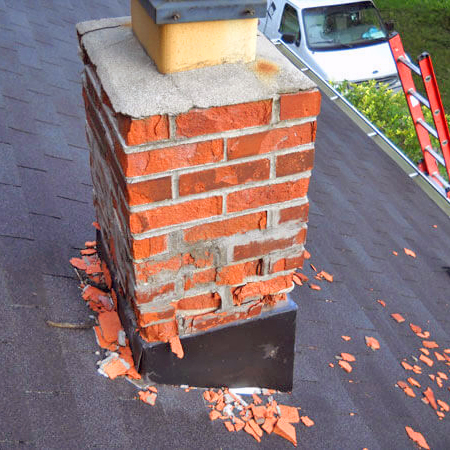 Spalling or cracked bricks are another common chimney problem. It is primarily a result of age and environmental conditions. It is especially common in areas prone to extreme temperature changes such as freezing temperatures in the evening followed by warmer temperatures during the day, also known as freeze-thaw.

Bricks are naturally porous, so they do absorb water. When the chimney was initially constructed, the bricks had a hard-outer shell for moisture protection. But age and environmental conditions eventually crack the hard coating. Tiny cracks develop in the surface, absorbing rain and melting snow like a sponge. And when the external temperature dips below freezing, the water trapped inside these crevices freezes and expands. This expansion widens the cracks even further allowing the absorption of more water during the next moisture event at warmer temperatures.

Also, moisture softens the mortar exposing gaps in the mortar joints. The continued freeze-thaw process can cause extensive masonry damage, including water leaks, cracks in the masonry and even cause bricks to loosen and fall from the chimney.

You can help minimize the occurrence of these common chimney problems with annual chimney inspections and cleanings by a qualified chimney professional. A yearly inspection can prevent minor issues from developing into major repairs. Annual chimney cleanings will ensure your chimney and heating appliances are safe for use.